Today, I get to be the bearer of good news, which is that the CT General Assembly recently raised income limits for parents on HUSKY A, reversing a cut that took effect in January. You may remember that, in October, 2017, legislators lowered the income limit for parents and caretaker relatives on HUSKY A – from 155% of federal poverty level to 138% (e.g., from $36,900 for a family of four to $33,948 for that same family). The reduction was expected to cause over 13,000 people in CT to lose HUSKY coverage, in two phases: the first couple thousand in January, 2018 and the rest in January, 2019. (These phases are due to a federal law called Transitional Medical Assistance, which requires one extra year of HUSKY coverage for people who have income from employment; most HUSKY parents do have income from work and were provided the extra year of coverage).

In addition to these parents losing coverage, many studies demonstrate that, when parents lose coverage, their kids often do as well. This is due to confusing eligibility/enrollment processes that often cause people to think their kids are impacted by changes, when they actually are not. So, the concerns were about both parents AND their children potentially losing HUSKY coverage.

Over the past several months, advocates fought for restoration of coverage, ramping up efforts when the state budget began to look better this Spring. And, in fact, the new state budget does restore income limits back up to 155%!

The state Department of Social Services has already begun contacting people impacted by this change, with instructions on how to get re-enrolled in HUSKY (or, in some cases, how to change enrollment categories). Comprehensive information about the income limit restoration is also posted here.

Please help spread the word, so that everyone who might be eligible for HUSKY gets enrolled!

“We can accomplish so much if we stick together...if we focus on what’s right, we can do so much” - @SouthwestCHC CEO Kathy Yacavone. July 2, 2018. 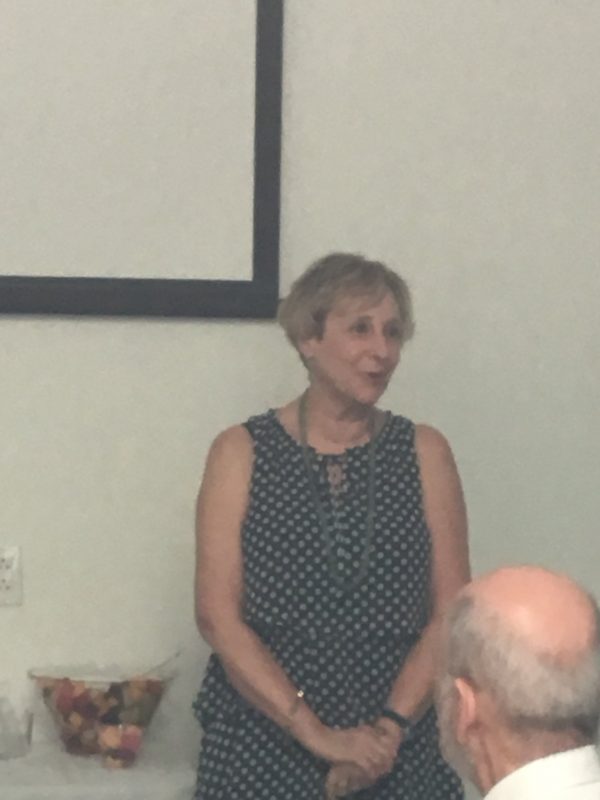 National / Other Health News
7.9.18 CT Mirror — Drug Prices Keep Rising Despite Efforts to Address Problem
7.9.18 Press Herald — Pharmacy Middlemen Steer Some Patients to Riskier Drugs
7.9.18 Governing — Why Alcohol is Still the Most Dangerous Drug
7.8.18 NY Times — US Opposition to Breast Feeding Resolution Stuns World Health Officials
7.8.18 NPR — Patients with Chronic Pain Feel Caught in Opioid Prescribing Debate
7.8.18 NPR — Black Babies Twice as Likely as White Babies to Die Before Age 1
7.3.18 Boston Globe — Take Two Apps and Call Me in the Morning
7.3.18 Kaiser Health News — Out of Pocket Costs Put HIV Drug Out of Reach for Many at Risk
7.3.18 Vox — Doctors Botch Blood Pressure Readings More Often Than You Think
7.3.18 NPR — For Women Over 30, There May Be a Better Test than the Pap Smear