Opioid abuse has emerged as a pressing public health emergency.  According to the US Department of Health and Human Services, deaths from drug overdose are the number one cause of injury death in the United States. In 2016, 116 people died somewhere in the United States every day from opioid-related drug overdoses. As noted by the Capital Area Substance Abuse Council, Connecticut has seen a dramatic 35% increase in fatal overdoses from 2015 to 2016. This same trend is mirrored in Connecticut’s opioid death rate, jumping from 50th in 2012 to a ranking of 12th in 2016. Two people on average die in Connecticut every day from drug overdose. In 2016 there were 723 deaths, twice the number only 3 years ago. There is no evidence to suggest that this trend is slowing, as the Chief State’s Medical Examiner released data showing that there was a 21% increase in overdose deaths in 2016.

In response to this dire situation, CHCACT is implementing a project to build capacity at the primary care level in CT’s federally qualified health centers to not only address opioid addiction but also focus on the chronic pain that often leads to the use of these medications in the first place. This will be accomplished through the development of a Project ECHO (Extension for Community Healthcare Outcomes) Hub at the Community Health Center Association of Connecticut, Inc. (CHCACT). The initial year of this project has been supported through a Quality Grant from Harvard Pilgrim Health Care.

Project ECHO is not just a means to bring information from the specialty level to primary care providers; it is a movement designed to democratize knowledge and spread evidence-based, best care practice for underserved populations. As shown in numerous studies, this model leads to a cascade of positive outcomes, such as care that is as safe and effective at the primary care setting as that of a specialist. CHCACT will weave together project staff, subject matter experts, and teams of primary care providers at federally qualified health centers across the state in bi-weekly video conference clinics. Experts and primary care providers will review the case specifics and determine the best course of treatment for each of the patients discussed.

This will accomplish a number of positive outcomes:
1) improve access to specialty care for underserved patients through expert consultation during the video conference clinic;
2) develop subspecialty expertise and confidence at the primary care level to address chronic pain and/or addiction; and,
3) build joy in the workplace by enabling access to a learning network and reducing feelings of isolation among provider staff.

We are very excited to kick off the first clinic this July!

Great report on the impact of #MedicaidExpansion here in #CT! Health centers are proud to enroll thousands of people each year into @HUSKYHealthCT! https://twitter.com/CTHealth/status/996402359361261568 … 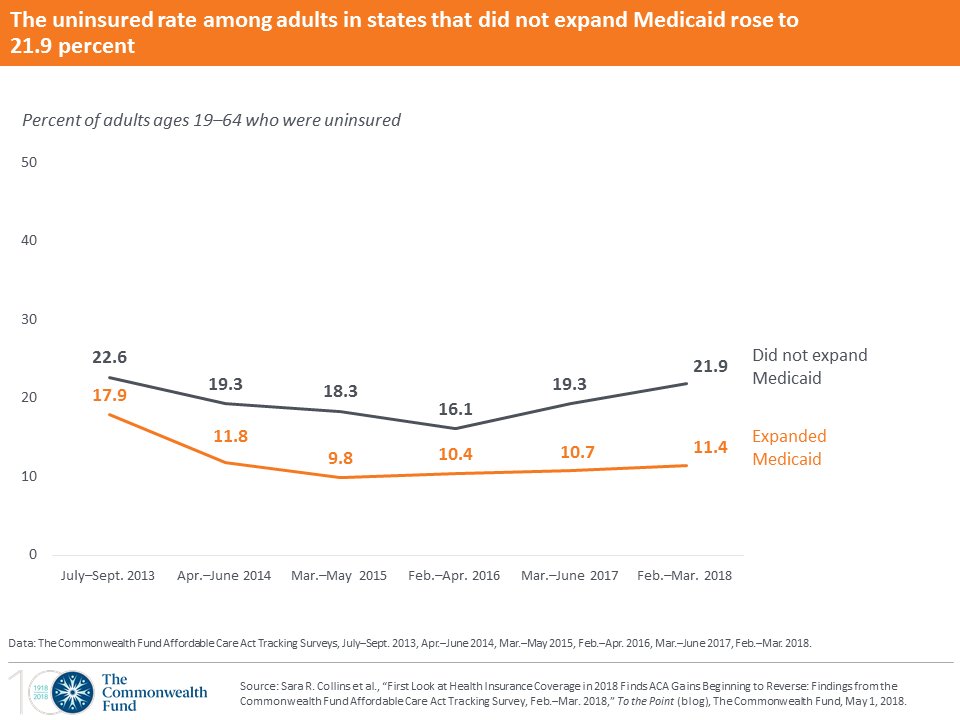 CT Health Foundation @CTHealth
The uninsured rate among adults in states that did NOT expand Medicaid rose to 21.9% by 2018. Read about Connecticut's Medicaid expansion, #HUSKYD, and the critical role it's played in reducing CT's uninsured rate to 4.9%