On Saturday morning, January 20th, the federal government began a partial shutdown. But what does that mean?

This article has a great explanation of why the government shut down and what it all means. In summary, Congress has been funding the government for only several weeks at a time (instead of for a full year), through short-term budgets called “Continuing Resolutions” (“CRs”). The last CR was passed in December and was set to expire on January 19th at midnight. Meanwhile, some people in Congress – mostly Democrats – had policy issues they wanted to resolve, including immigration. Specifically, Democrats were seeking a resolution for those impacted by the President’s announcement that he would be ending the Deferred Action for Childhood Arrivals (DACA) program. Democrats wanted to hold firm against funding another short-term CR until the DACA issue had been resolved.

Unfortunately, DACA did not get resolved. Moreover, the government was allowed to partially shut down, although most Americans have not yet been impacted. For example, the postal service is still delivering mail; many National Parks remain open; Social Security checks are still being mailed.

Today, the US Senate came to agreement on another CR – this one until February 8th. The House of Representatives is expected to vote later today or tomorrow, and the government will be back up and running. And, over the next few weeks – importantly, before February 8th – Congress should be taking up a bill to resolve DACA.

What else are we watching?

- CHIP: The CR passed by the Senate today funds the Children’s Health Insurance Program for six years. That means that CT’s 17,000 HUSKY B enrollees will get to keep their health insurance coverage.

- Health center funding: Unfortunately, the health center trust fund has NOT yet been extended. Health centers face a funding cut of 70% of their federal funds if Congress does not resolve this issue in the next several weeks. That is a $40 million loss to CT health centers, resulting in potentially tens of thousands of people losing access to care.

I recommend Vox.com, TheHill.com and APNews.com for up-to-date stories on the shutdown and other federal issues! Or, reach out to me at any time.

We love this story about a teenager who recognizes the value of #oralhealth and seeks to bring more dental treatment to kids at #Hartford schools! via @CTMirror@CTHealthCenters) January 22, 2018. 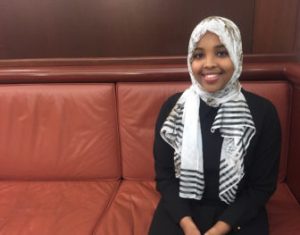 National / Other Health News
1.22.18 Governing — As Shutdown Continues, Children’s Health Insurance Hangs in the Balance
1.22.18 Vox — If Shutdown Continues, Money for Food Stamps & School Lunches Could Run Out By March
1.22.18 Vox — What’s Affected and What’s Not by the Government Shutdown
1.21.18 CT Mirror — Aetna Agrees to $17M Payout in HIV Privacy Breach
1.21.18 AP — Deportation Fears Have Legal Immigrants Avoiding Health Care
1.19.18 Kaiser Health News — How the Shutdown Might Affect Your Health
1.18.18 NY Times — Fed Up With Drug Companies, Hospitals Decide to Start Their Own